Shopping for a new dishwasher can be a fun process because of the wide range of models that are on the market. While you'll need to keep some critical details in mind — such as the width of the space that you have available for this appliance — you can set a budget and evaluate which dishwashers are within that price range. One important task is to evaluate all of the various features that different dishwashers offer and then decide which are most appealing to you. Here are three desirable features to get in a new dishwasher.

Today's dishwashers are considerably quieter than older models, which can be appealing. Whether you have the appliance running during a dinner party or you're doing a video call for work from your kitchen table, you don't want to be aware of the sound of this appliance in the background. When you evaluate different models, make sure to note the decibels at which they operate. This information is generally easy to determine — in some cases, it will appear on a cling-on sticker on the front of the machine. Look for the lowest number that you can afford, as this will reduce the likelihood that you ever hear the machine running.

While appliances such as fridges and ovens are known for having interior lights, you might be surprised to know that some dishwashers also have this feature. Built-in LED lights will brighten the inside of the appliance, which can make it handy to load or unload in low-light situations. For example, if you're up early in the morning and have just a small light on to avoid waking family members, you can place your empty coffee cup inside of the dishwasher with ease when it has a built-in light. This will prevent you from either struggling with this task or having to turn a large light on.

Virtually all dishwashers have a lower rack for larger items such as plates and an upper rack for smaller items such as glasses. You'll also come across some models that have a third rack — generally, this is a shallow rack that sits between the upper rack and the top of the machine. The third rack is generally useful for holding cutlery, serving utensils, and other small items. Its presence will dramatically increase the storage volume of the dishwasher, which means that you won't be stuck washing extra items by hand nearly as often.

To learn more, contact a resource that carries products such as KitchenAid dishwashers. 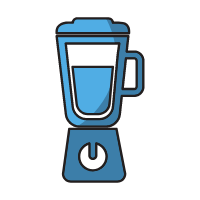 If money makes the world go 'round, then appliances certainly make your home go 'round. Think about how tough it would be to live without basic appliances like your stove, washer, dryer, and fridge. Then, there are the smaller appliances, like toasters and microwaves. Each plays its own role, and your home does not feel complete without them. On this website, you can learn all sorts of information about appliances and about the people who sell them. From washers, to furnaces, to slow cookers, we aim to address a variety of appliances and discuss topics you'll find entertaining and interesting.